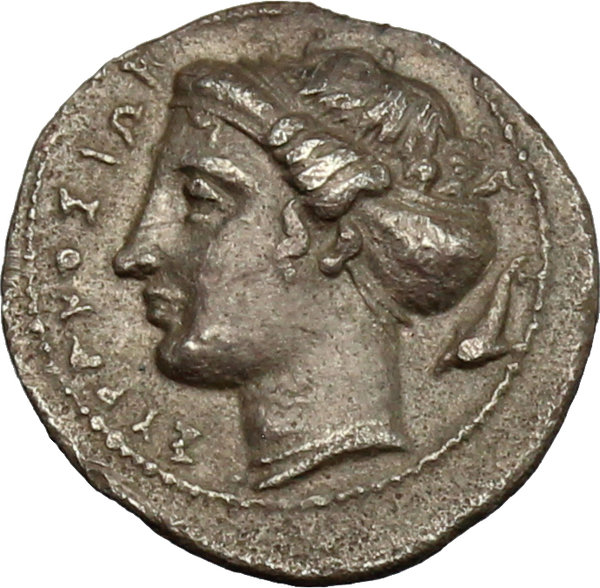 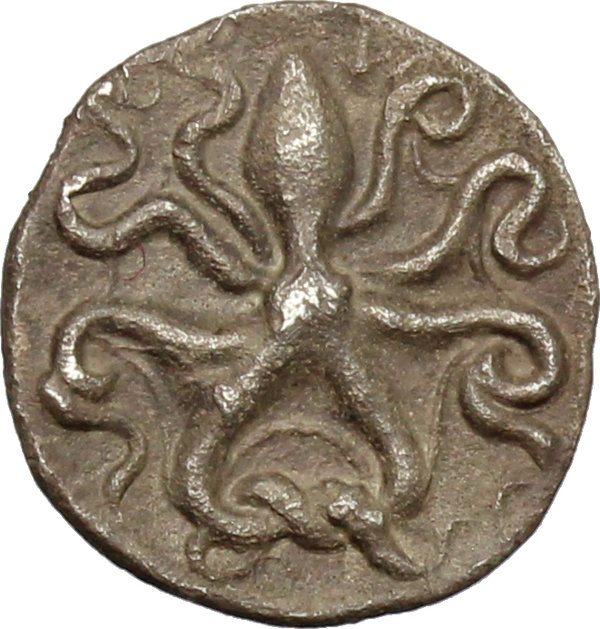 Lotto 121: Sicily. Syracuse. Dionysios I (405-367 BC). AR Litra, c. 405-400 BC. D/ ΣYPAKOΣIΩN. Head of Arethusa left, wearing sphendone; to right, dolphin. R/ Octopus. Cf. Boehringer, Munzpragungen, pl. II, 21; HGC 2, 1381; SNG ANS 293-4. AR. g. 0.76 mm. 11.00 RR. Very rare. An outstanding example from masterly engraved dies, a masterpiece in miniature. Enchanting even grey toning. EF. Dionysios assumed power in 405 BC and immediately set out to make Syracuse the greatest and best fortified city in all of Greece. He was defending against the renewed imperialistic expansion of Carthage. Three times he defeated the Carthaginians, bringing further prestige and wealth to Syracuse. During his reign, the Syracuse navy became the most powerful in the Mediterranean, allowing Syracuse to expand her territorial control over much of southern Italy.
Dionysios reintroduced the large and ostentatious silver dekadrachms, a denomination that had not been used in Syracuse since the issue of the Demareteion decades earlier. Dionysios entrusted two of the greatest local numismatic artists, Kimon and Euainetos, to design these impressive pieces. The regard for these coins in modern times is reflected by the fact that they are considered a must for any first rank collection of Greek coins. (CNG 294, 112 note).
Base d'asta € 400
Prezzo attuale € 440
Bids: 5
Lotto non in vendita