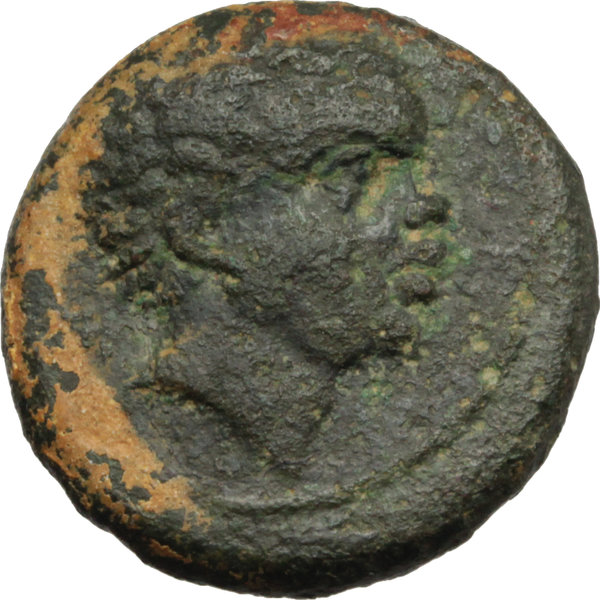 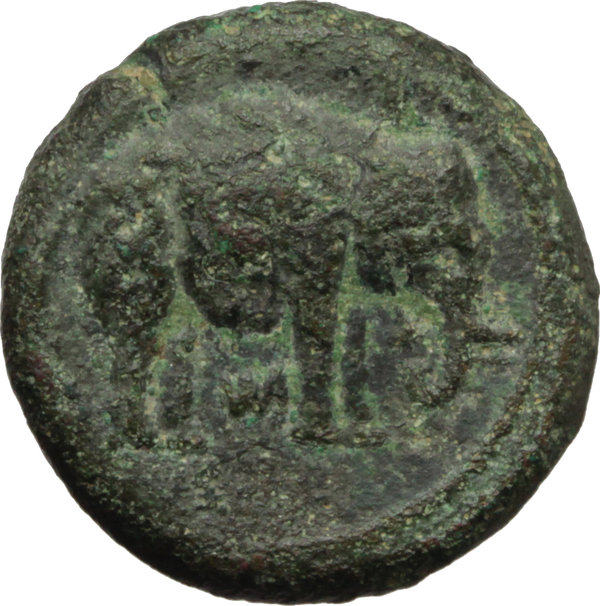 Lotto 10:
Italy. Etruria, Inland Etruria. AE 18 mm, 3rd century BC. Obv. Bare head of young North African mahout right; to left, monogram. Rev. Indian elephant standing right, bell around neck; below, monogram. SNG Cop. 48 var. (no monogram on obv.) HN Italy 69. AE. g. 5.66 mm. 18.00 R. Rare. An outstanding example, in excellent condition for the issue. Dark green patina with reddish-spots. This enigmatic issue has been much discussed. It was Sestini in 1816 who first indicated their area of circulation in and around the Chiana (Clanis) valley and lake Trasimeno, dominated by the cities of Arezzo, Chiusi and Cortona. The traditional attribution of the issue to 217 BC, as representing the propaganda of Hannibal’s approach to Etruria, was modified by Robinson (op. cit.), who saw it as a provocative seditious type of Arretium, which was in a state of high tension with Rome in 209/8, in the hoped for arrival of Hasdrubal from Spain with reinforcements. However, the reverse depicts an Indian rather than African elephant with a bell around its neck reminiscent of the elephant/saw aes signatum issue (Crawford 9/1) of about 250-240 BC and associated with the battle of Maleventum (soon to be called Beneventum) in 275 BC when the captured elephants of Pyrrhus were brought to Rome in triumph. A similar Indian elephant is also depicted as a symbol on the Tarantine nomos issue (Vlasto 710-712), indicating the presence of Pyrrhus in the city in 282-276. The Barcid coinage of New Carthage (Villaronga CNH, p. 65, 12-15) and that of Hannibal in Sicily (SNG Cop. 382) clearly depict African elephants belonging to the elephant corps from about 220 BC. As Maria Baglione points out in 'Su alcune serie parallele di bronzo coniato' (Atti Convegno V, Napoli 1975, pp.153-180, with an account of provenances) the African/elephant issue shares control marks with other cast and struck Etruscan coins of the region, she quotes Panvini Rosati in ‘ Annuario dell’Accademia Etrusca di Cortona XII’, 1964, p. 167ff., who suggests the type is to be seen as a moneyer’s badge or commemorative issue in the style of Caesar’s elephant/sacrificial implements issue of 49/48 BC (Crawford 443/1). The elephant, an attribute of Mercury/Turms, is an emblem of wisdom and is also a symbol of strength and of the overcoming of evil. (CNG inventory n.828457, note) Good VF.
Provenance:
Ex Nomisma 103, lot 5.
Base d'asta € 500
Prezzo attuale € -
Offerte: -
Lotto non in vendita